I dreamt that I was in IKEA, looking for a replacement piece for something from my kid’s room. I look all over the warehouse, up and down every aisle. You know how big that place is! Had people helping, looking part numbers up on the computer, nothing. Two hours. I’m out of options, on the ground floor near the register, when I decide to look a little closer, turn it upside down…and… It’s a Lego piece.

Isn’t that how writing is sometimes? You exhaust every option trying to figure out a story arc or plot point or character tic, get nowhere, only to one day–usually in the middle of the night when you have no pen and paper nearby–look at it from a different angle, and realize all this time you’ve been shopping at IKEA for a Lego piece.

Sometimes the hardest thing to do is STEP AWAY. We think we need to WORK THRU IT. We can do this. MARCH ON. We got this. MAKE IT WORK, DANG IT. We won’t be defeated!

And yet, by powering on, we might be getting in our own way. We are so focused on fixing the problem–the FIX–that we aren’t examining THE PROBLEM. We aren’t holding it in our hands, placing it up to the light, looking at it from different angles. If our eyes are only set on the finish line, we can’t see the road we’re on, or we forget WHY we’re on the road in the first place. And we’ll stumble and fall and make all kinds of messes, not to mention waste all that time (ours as well as other people’s).

So how about this: the next time you’re struggling with something, set it down. Don’t think about it.

Go for a walk. Nietzsche said “All truly great thoughts are conceived by walking.” A Stanford University study confirmed it. Walking boosts the creative formation of ideas, both in real time and shortly after (“Give Your Ideas Some Legs: The Positive Effect of Walking on Creative Thinking” by Marily Oppezzo and Daniel L. Schwartz, American Psychological Association, 2014). Neuroscientists say exercise, even mild forms like a walk around the block, releases dopamine, which helps us feel relaxed and all around in a better mood. That makes the chances of having great ideas more likely. Ditto for taking a shower, hopping on a bike, or going for a drive.

Work on something else. Set your work down for a while. Literally place it in a file and don’t plan to look at it for two months. OK, fine, six weeks. What’s the rush? Ben Baldwin, who created a company that helps predict who will succeed at which job and why, points to the benefits of freeing your mind for a bit. “The subconscious mind runs in the background, silently affecting the outcome of many thoughts. So, take a break and smell the flowers, because while you’re out doing that, your mind may very well solve the problem that you are trying to solve or spark a solution to a problem you hadn’t considered before,” he said in a WSJ article packed with advice from entrepreneurs about creating ideas.

Force connections. Just for fun, force your main character to do something, well, out of character. Place them in a situation they shouldn’t be in, in a predicament they would hate, or trapped in a room with the person they dislike the most. Writer’s Digest suggests “forcing your character into a corner,” among other creative tips. See what happens. You don’t have to keep the scene, but you may find a side of the character you didn’t notice before. Maybe there is a descriptive part of the location–a balcony or city–that you can keep and use elsewhere. Even if you use none of it, you’ve forced your own creative brain out of its comfort zone. Odds are, your brain needed that push!

The point is, when faced with a challenge, the answer isn’t always to power through. Sometime it’s better to let go, just for a little while, to get a better look at the situation. Maybe you’ve been barking up the wrong tree.

Don’t waste your time at IKEA when what you really need is a Lego piece. 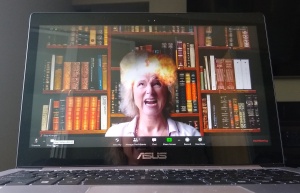 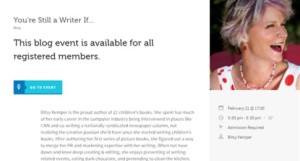 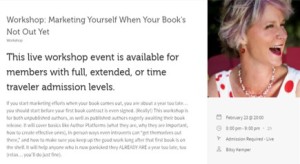